It’s only a month since they allowed us the liberty to move around, after three months of Corona lockdown. Starved of hurry-scurry noises of the city and pale eyes hungry to peep into the camera lens, I looked around for a slightly raised-up place to allow a comfortable ‘above ground view’ of the grand river Krishna.

A stroke of providence helped to reveal an iron pier along a railway bridge across the river.  It was big, strong, and secured enough to hold three or four persons. When I scanned below, standing on it, it’s a colossal stretch of the river. I felt thankful that I scouted out this convenient scaffolding.

I wondered, standing on the ledge, “Am I straddling on two worlds.” On one side, I could listen to the frantic city’s evening rush hour traffic, honking cars, scooters, crowds of pedestrians seemed in a rush to reach homes. Street lights slowly coming alive. On the other, I turned to stare at the river branched off in multiple rivulets carrying the twinkle of evening light shimmering and creeping down slowly. Then there is a fisherman unworriedly roving with the nets drawn-out. But this Nature’s juxtaposition lost on the city’s unexciting crowds. No one seemed curious even to look up.

I waited for the cue – it’s an hour before sunset: sky like a thick blanket hovering over the distant hills, upon the river, upon the ancient bridge, as if announcing a promise of rain. I had a queer thought: had anyone waited to notice the magical canvas of dusky dark sky sailing across, following the commands of the wind.

But, the rain holding clouds now almost fused to bluish dark, unbothered about the frantic streets below, are seen moving in slow motion as if giving my shutter enough time to capture its magic on my digital canvas. 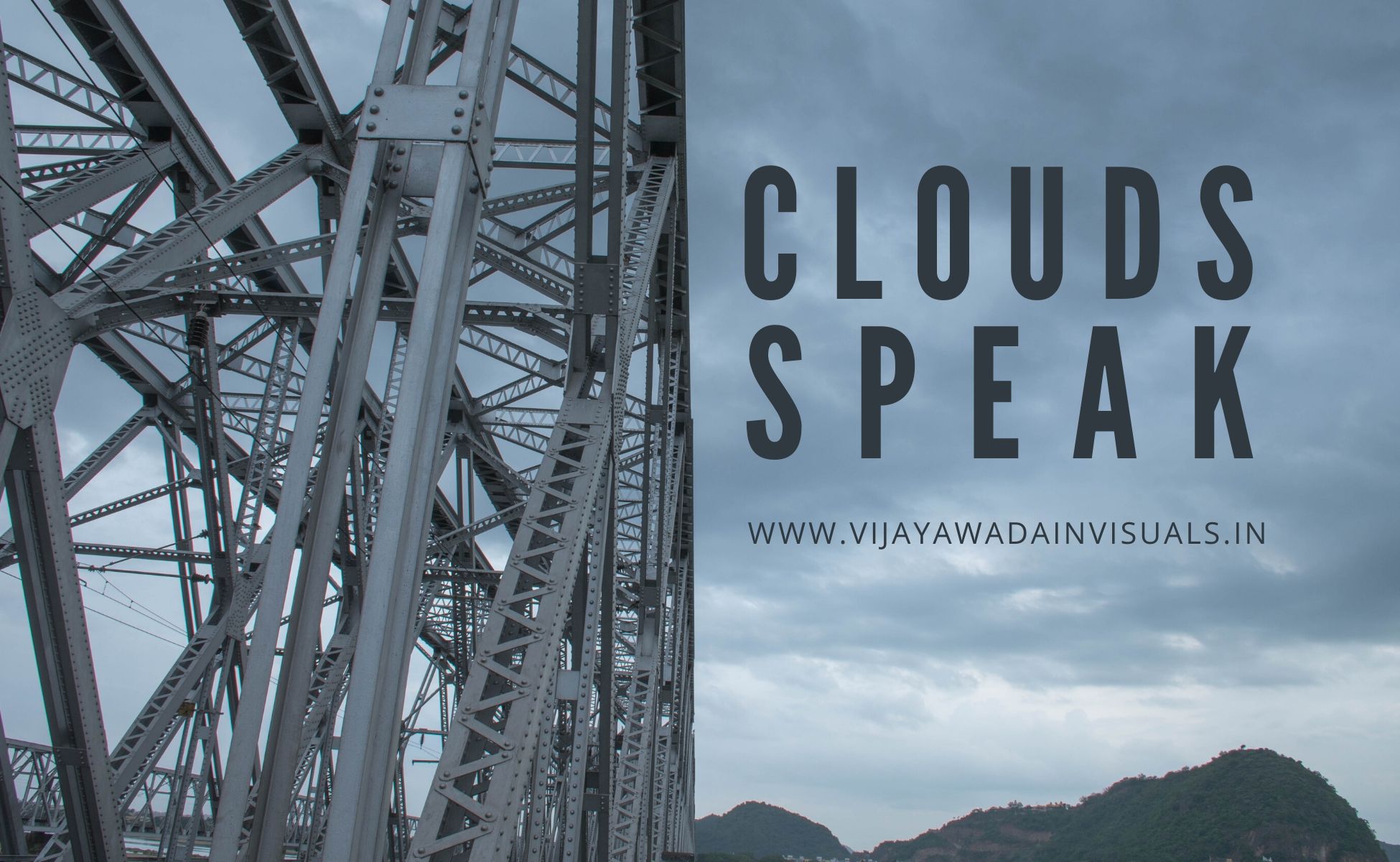 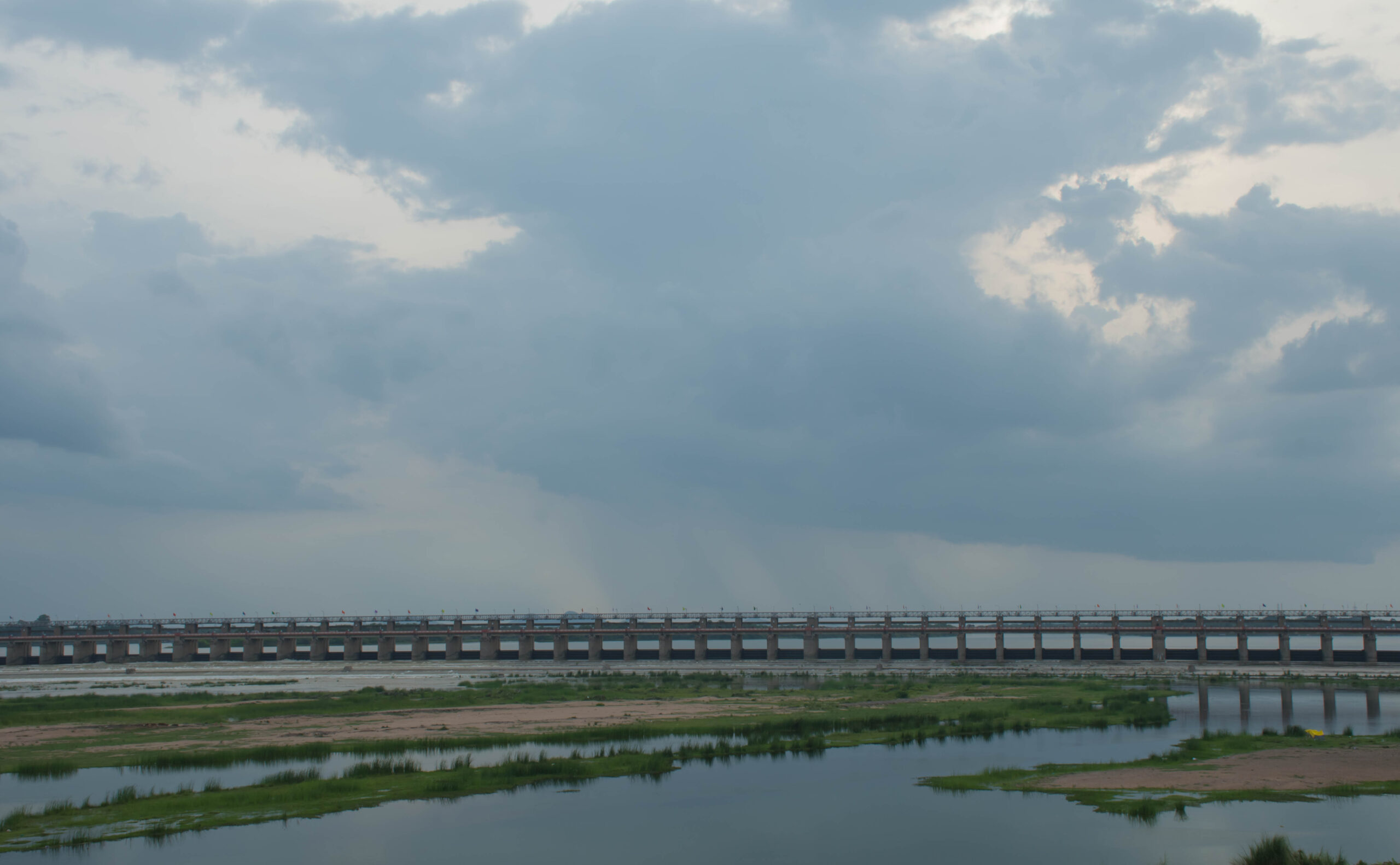 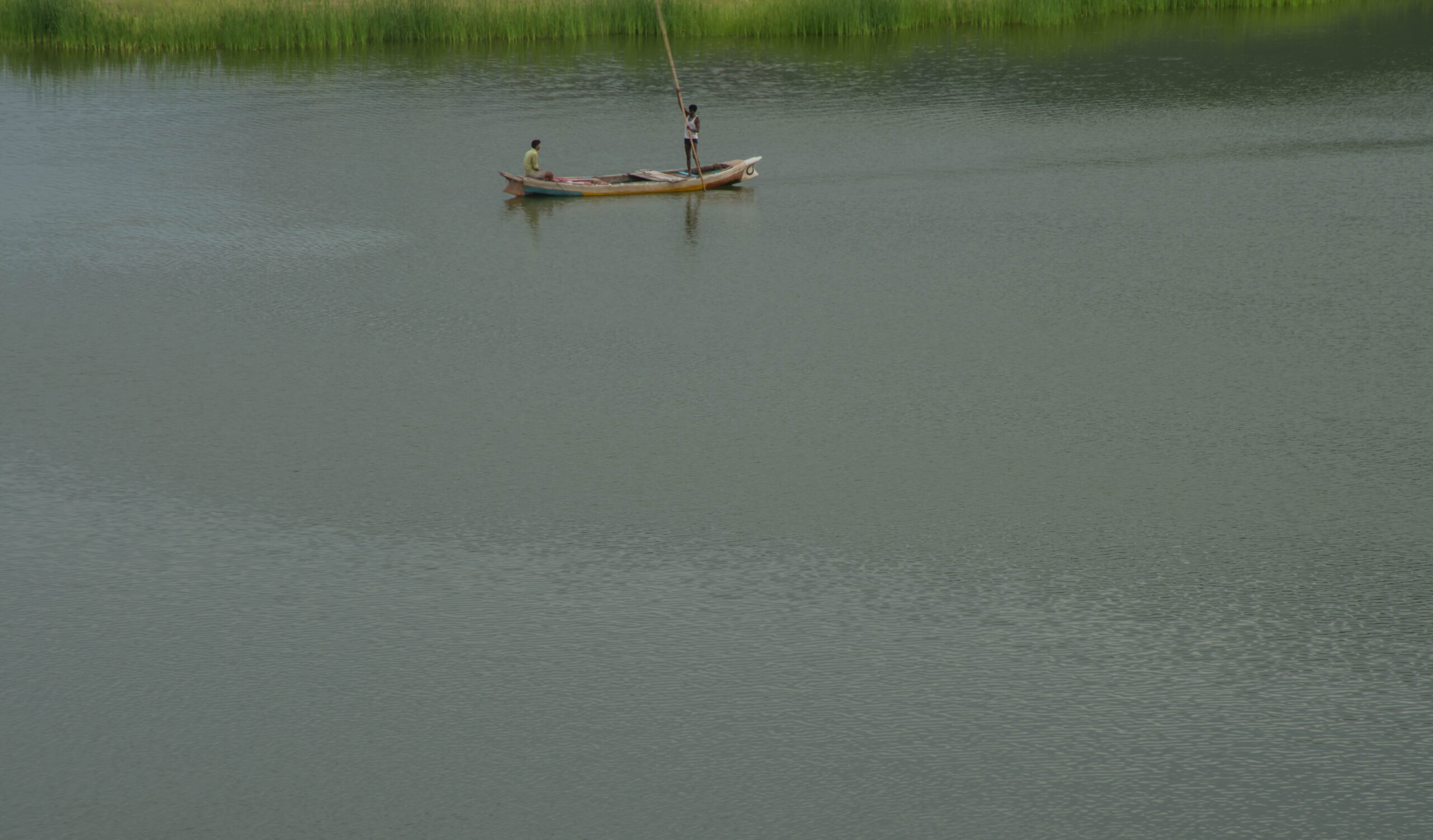 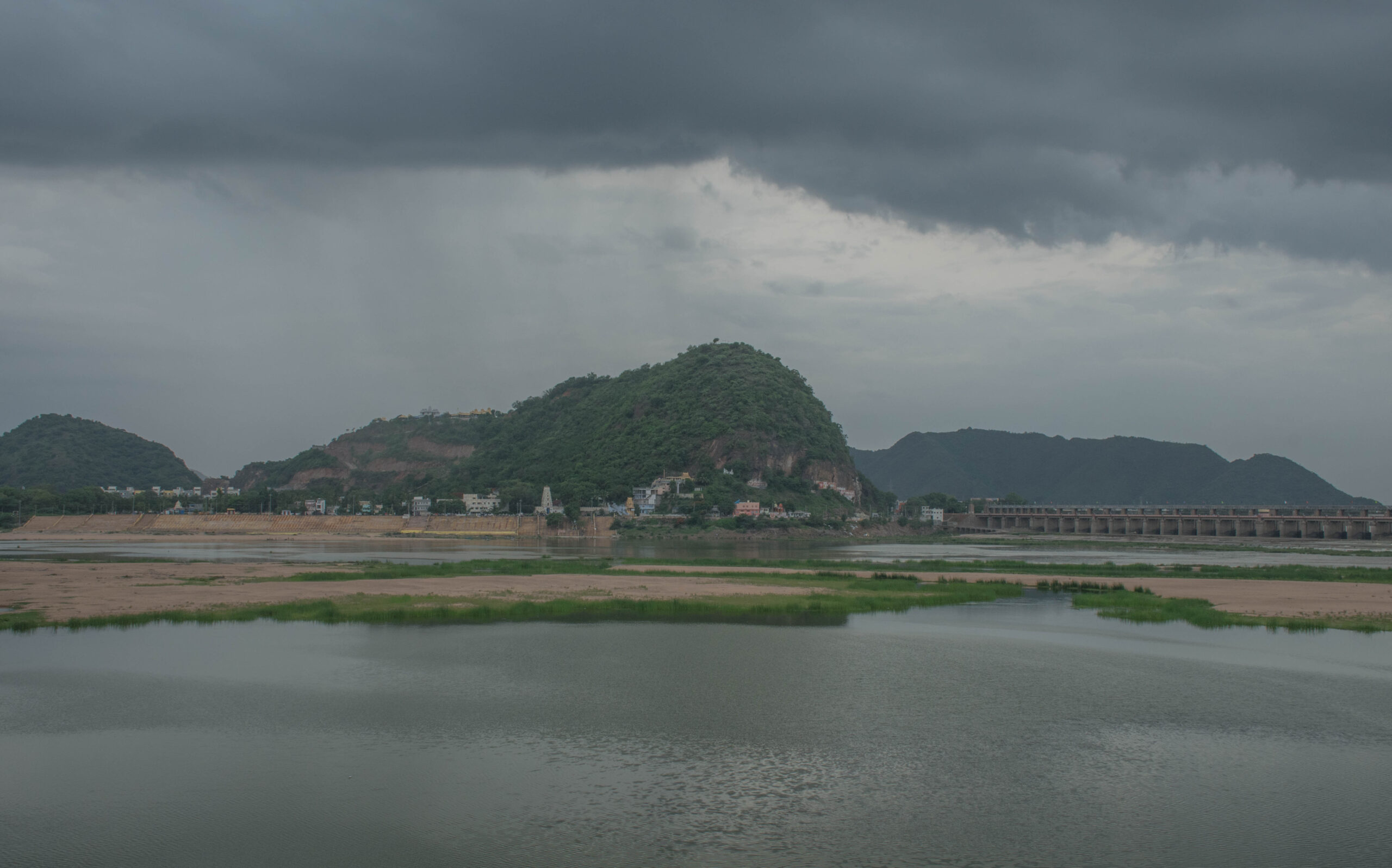 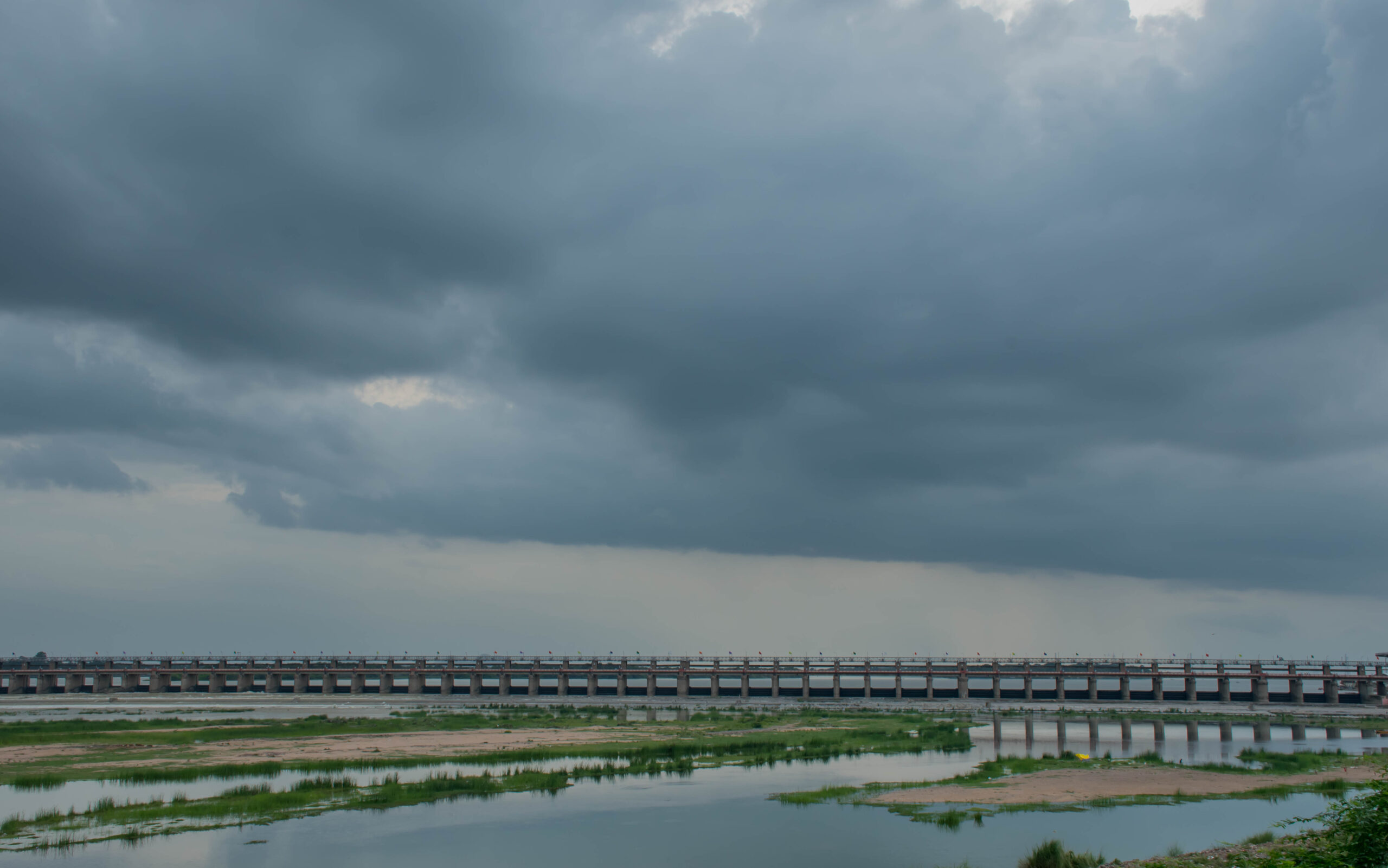 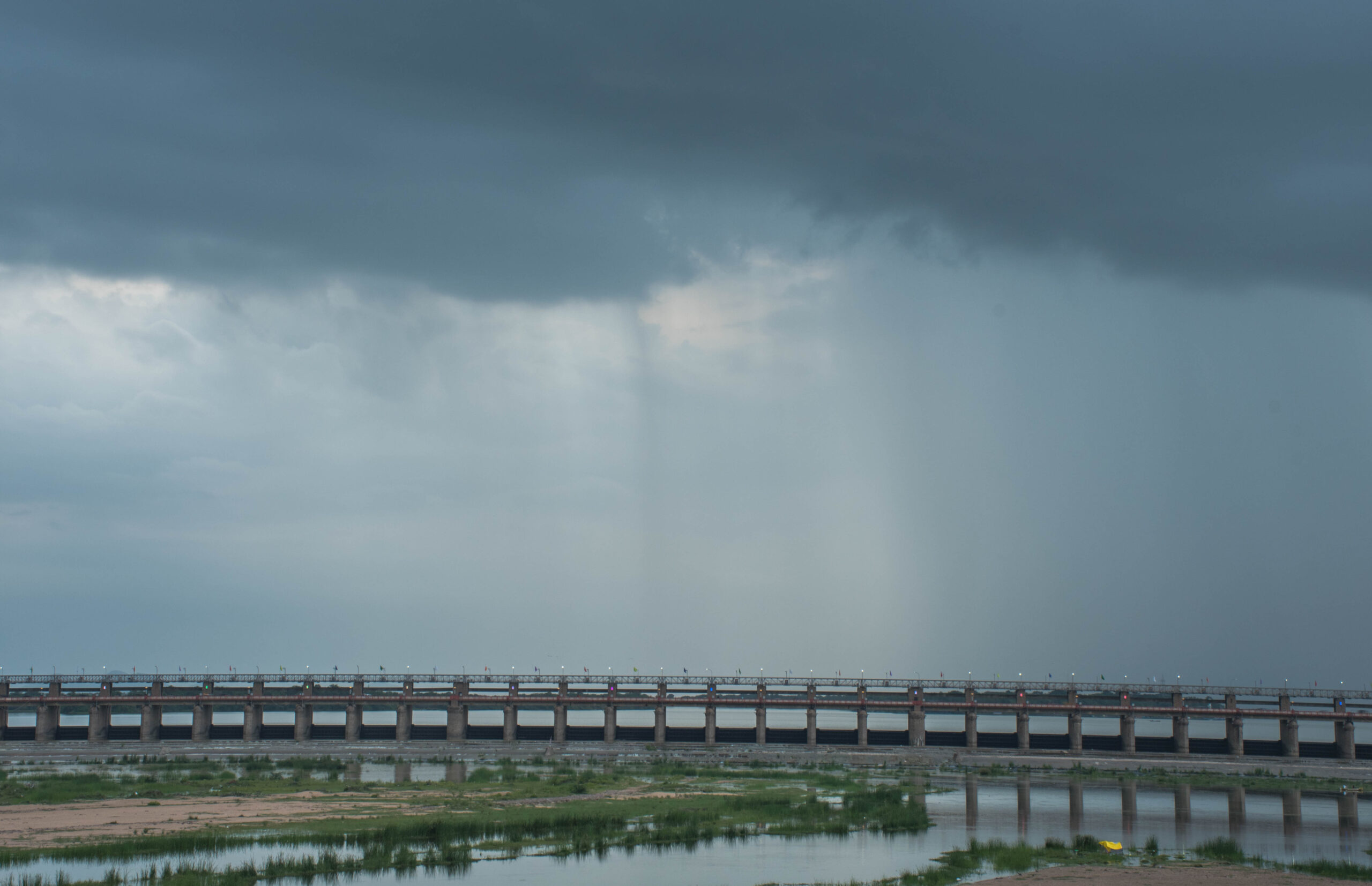 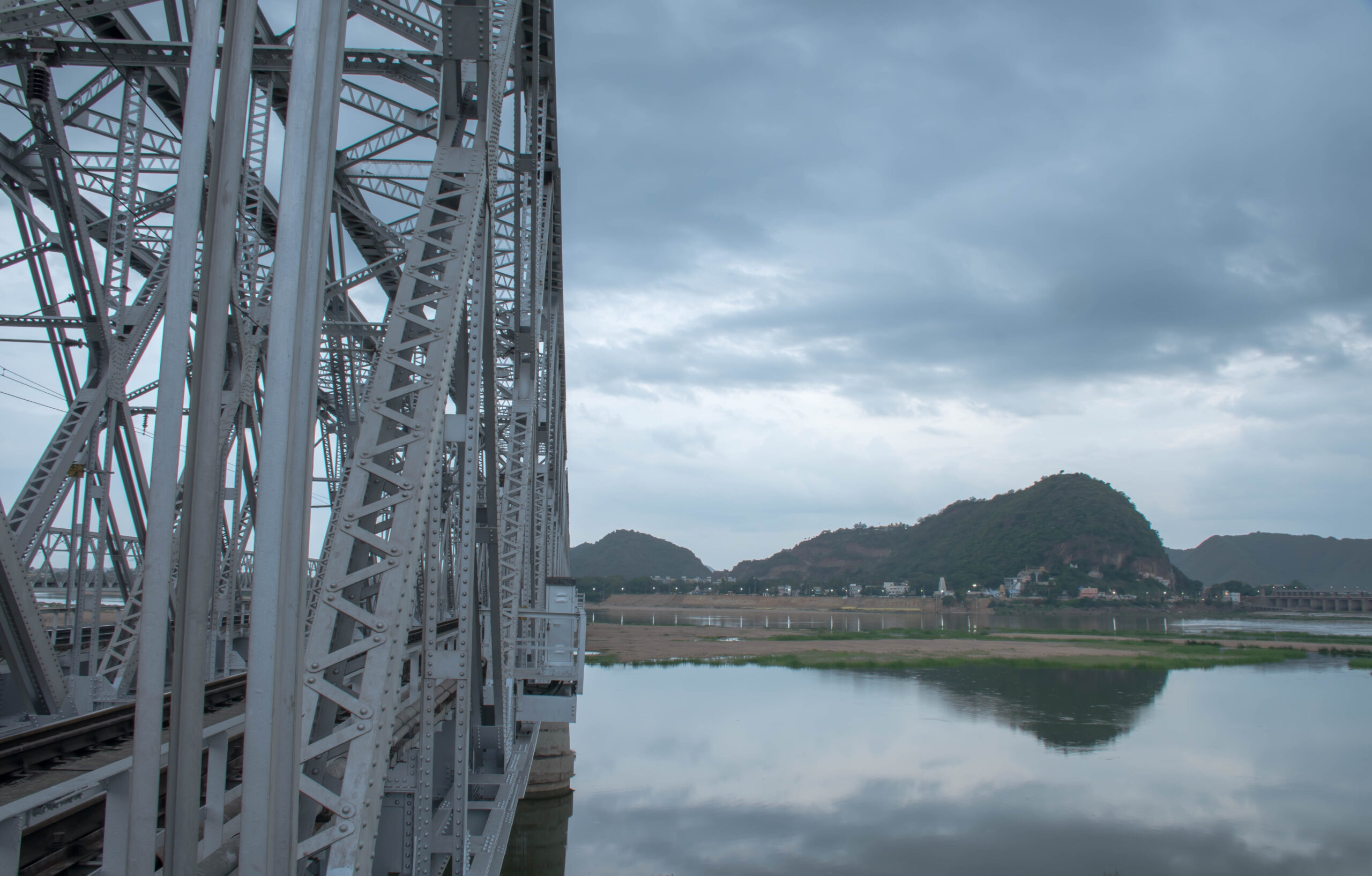 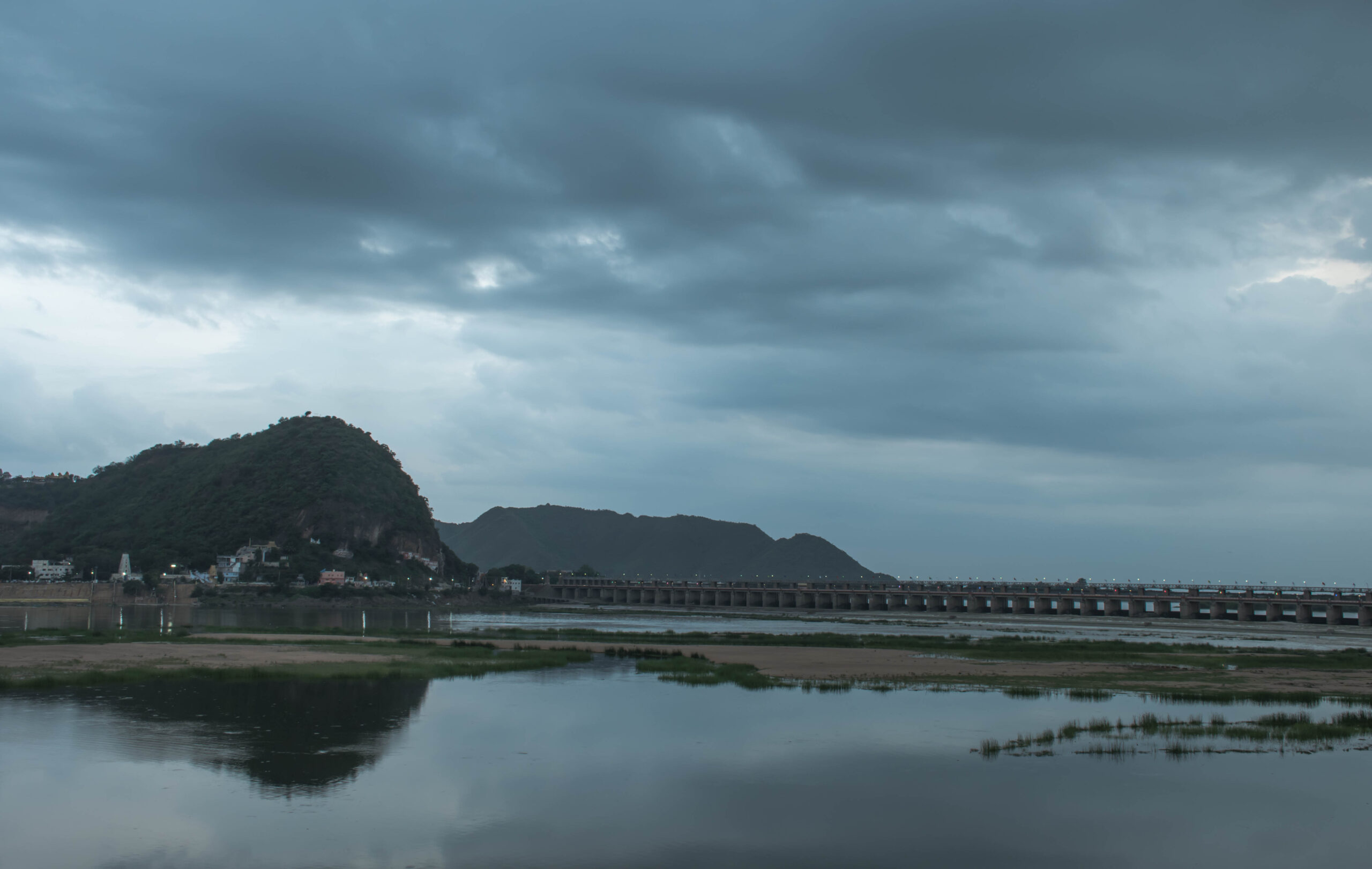 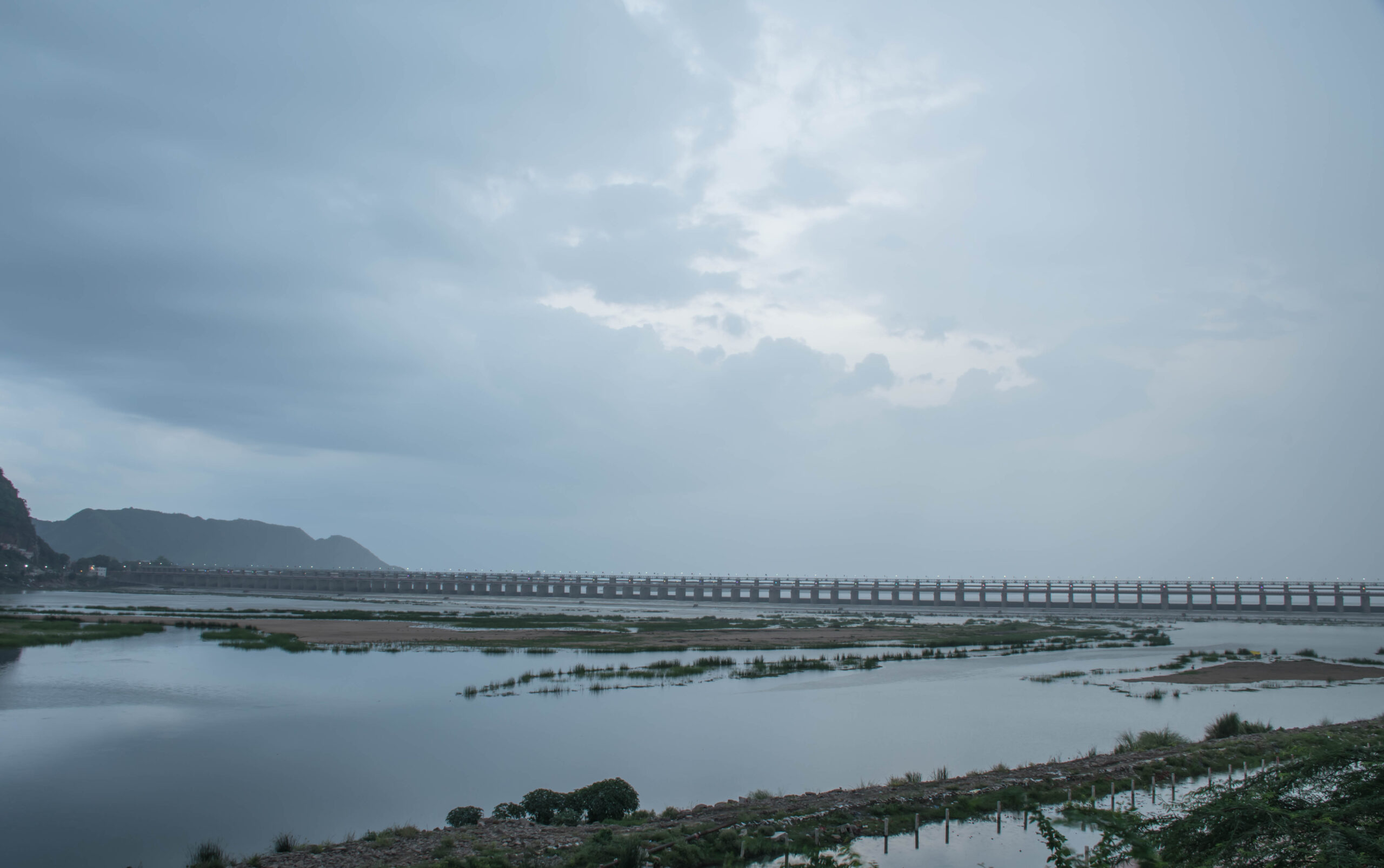