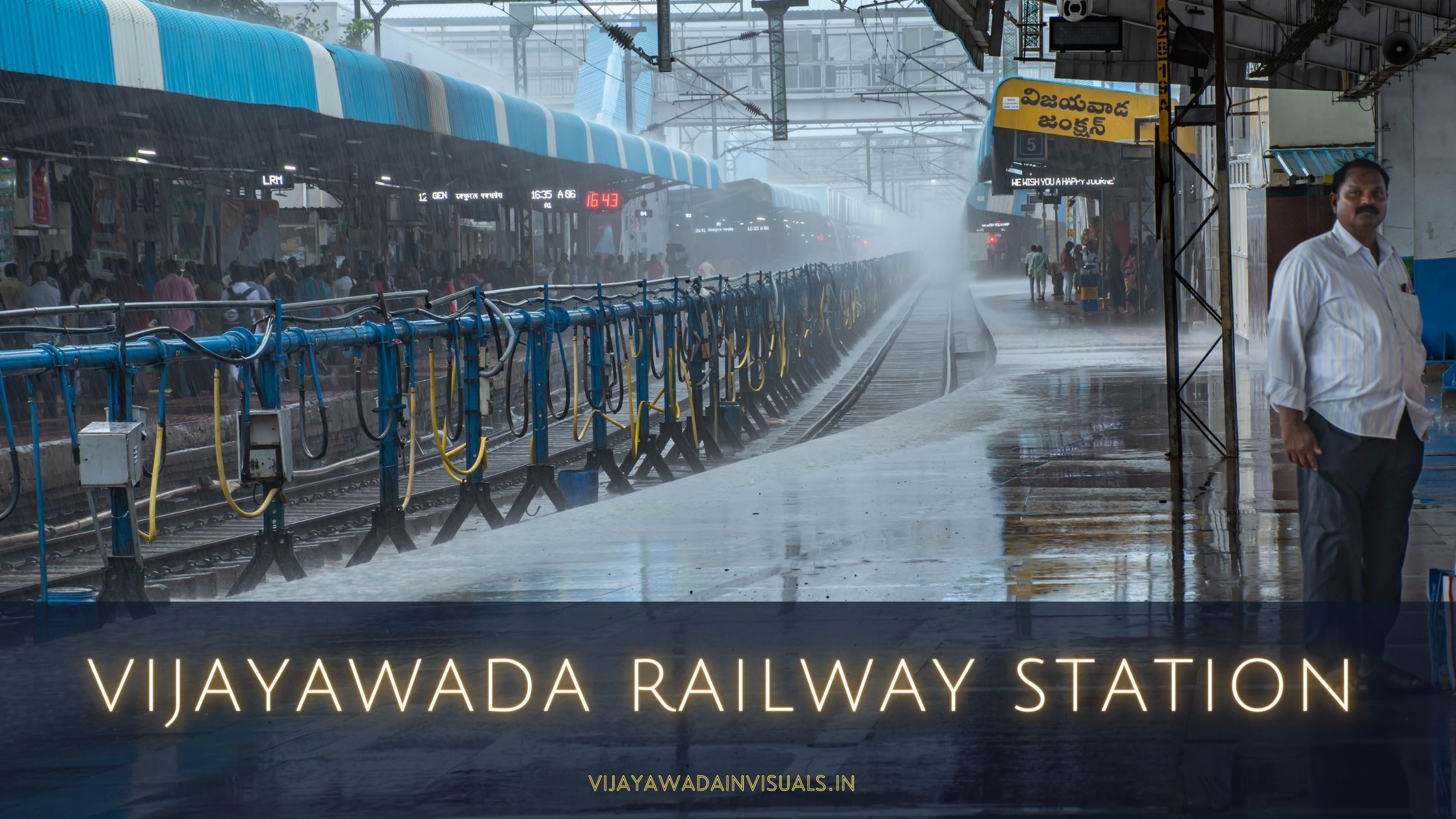 The wintry morning drizzle was inviting and teasingly threatening to seep into my camera body as I climbed the damp staircase leading to a vast foyer filled with a symphony of enjoyable sounds. Huffs and puffs spilled from people of assorted ages, tongues, attires, and social strata. Of sounds of toddlers whimpering, friends chatting glued to their phones, oblivious to the chaotic clutter passing by. Of the undecipherable hassle of the hawkers, the constant broadcast of announcements, the roar of the engines, the clank of the wheels sliding on the wet glistening tracks, of the hurry, desperation, eagerness popping out from the eyes of the passengers to spot and jump and claim their allotted compartments. 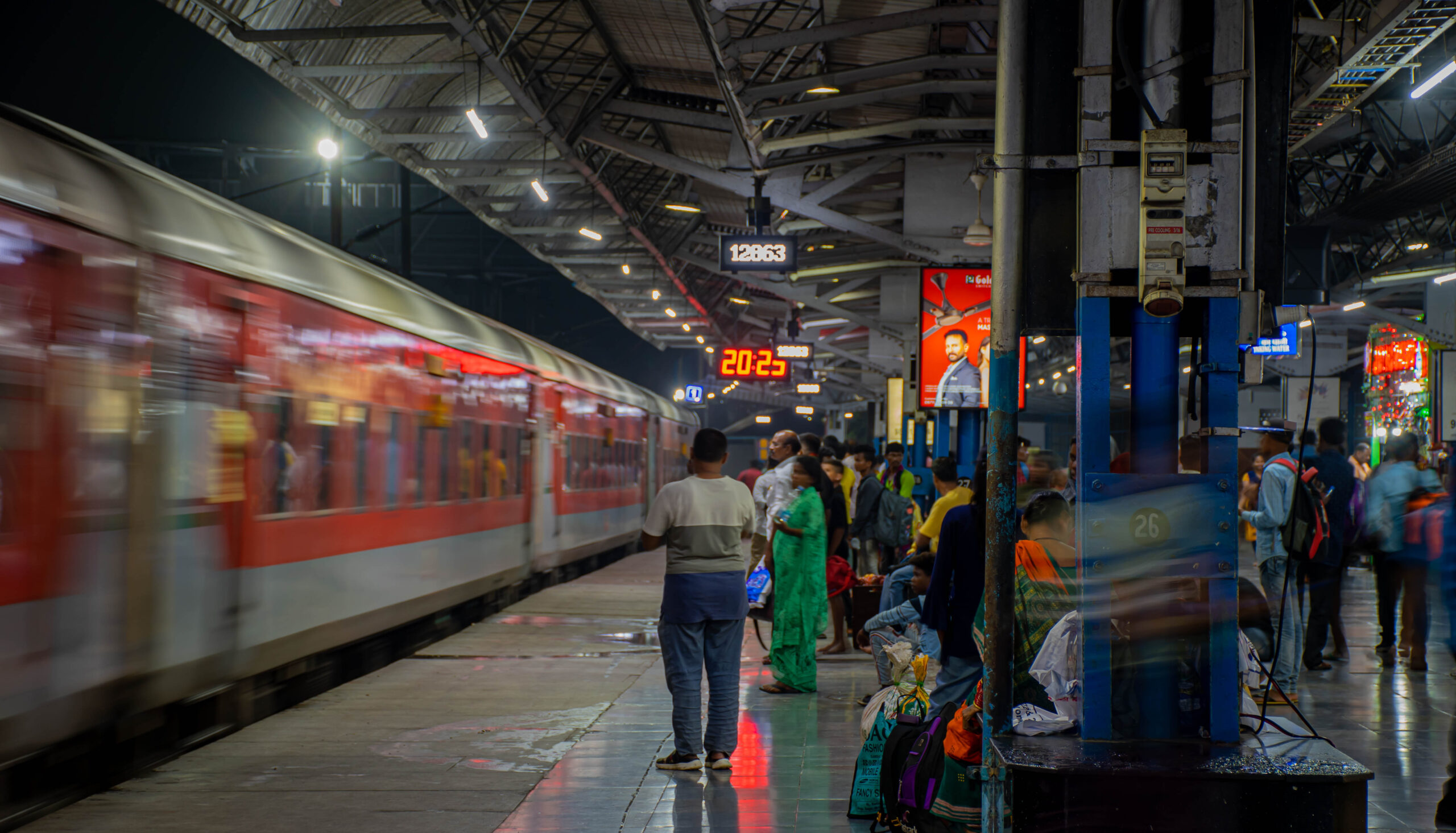 It’s an ocean of life, a rush of mysterious tireless microcosm of man’s exceptional planning and supervision, how the whole mechanization got kept in place and action. All seemed to play in slow motion, the postures and dynamics of countless traveling imagery before my eyes. 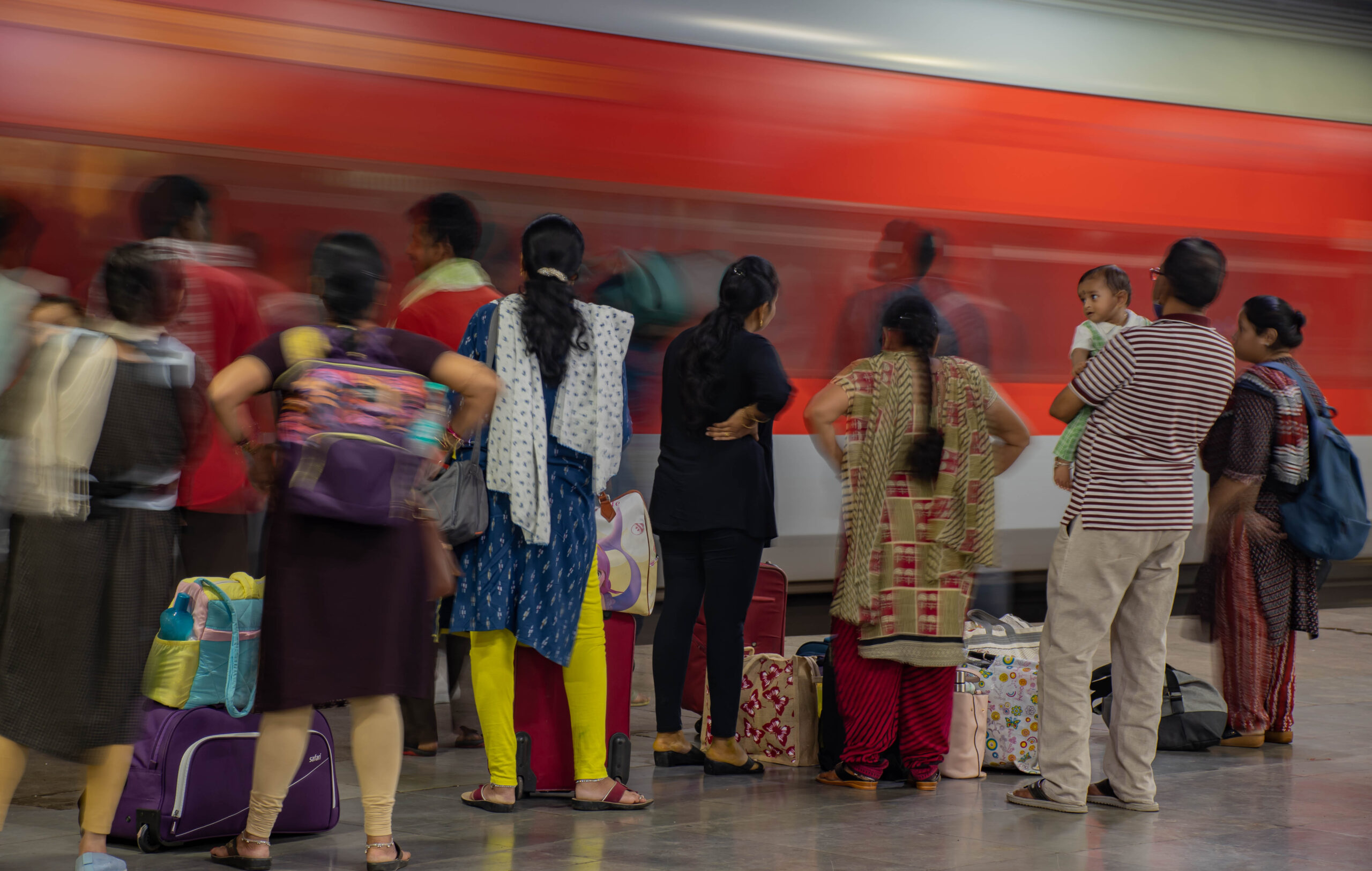 This place never rests. It prides itself in its vast multiple moorings, where perhaps the best affordable facilities have been well built over decades. The fastest locomotives from all corners of the country converge here, rest for a while, and leave as majestically as they glide in with a shrill signal of their arrival. The decibel levels reverberate through the portals of the world’s fourth largest train network, and the progress never slows down. There is an unwritten strict discipline about the place, and it dons a unique existence in this vast country. It’s clean, and I could see a different developed ecosystem that is only visible if you could care to spend some time not dressed as a passenger. 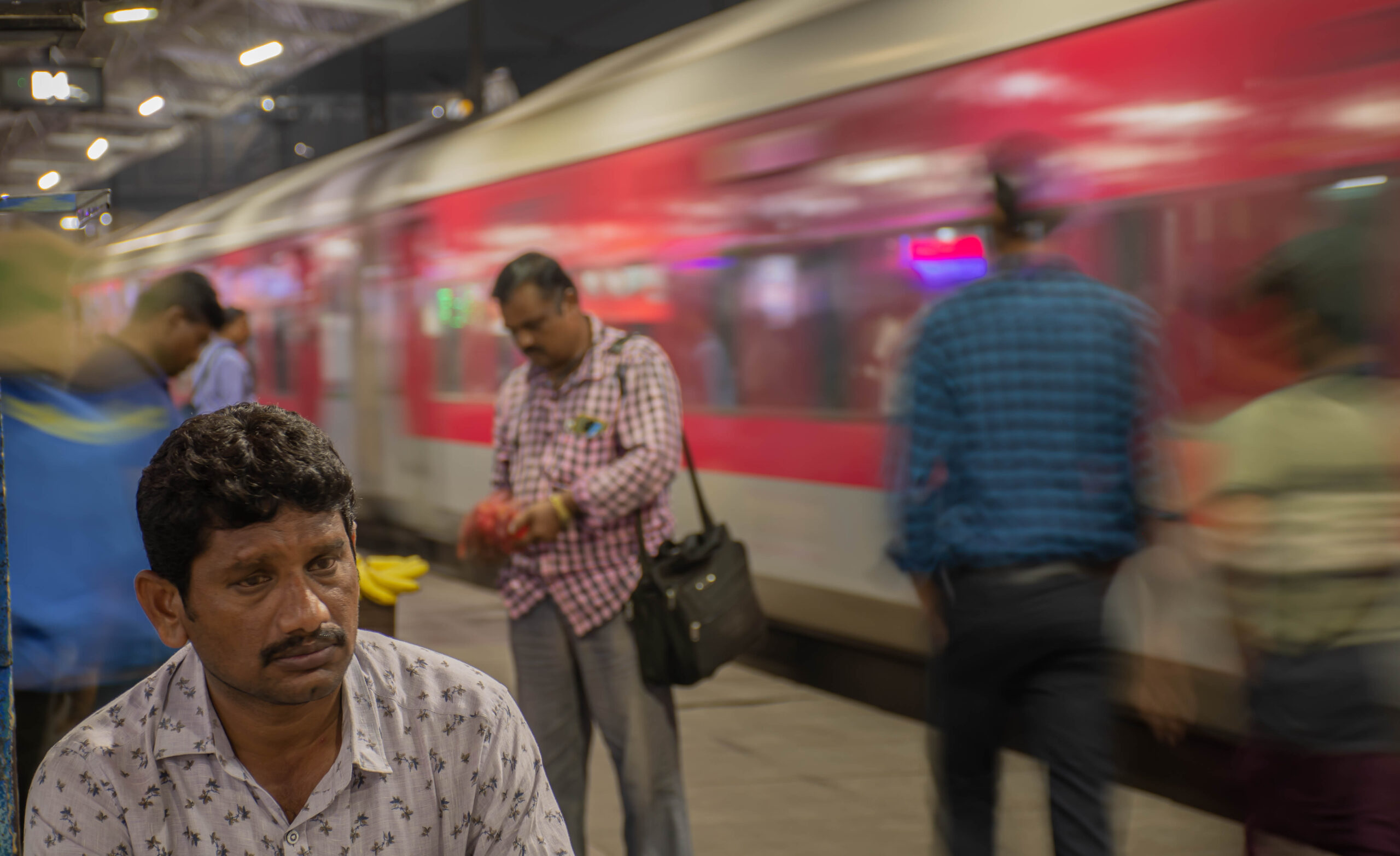 Welcome to the Vijayawada Railway station, a perennial, tireless, efficient rail- network junction that stands as the biggest in South Asia. 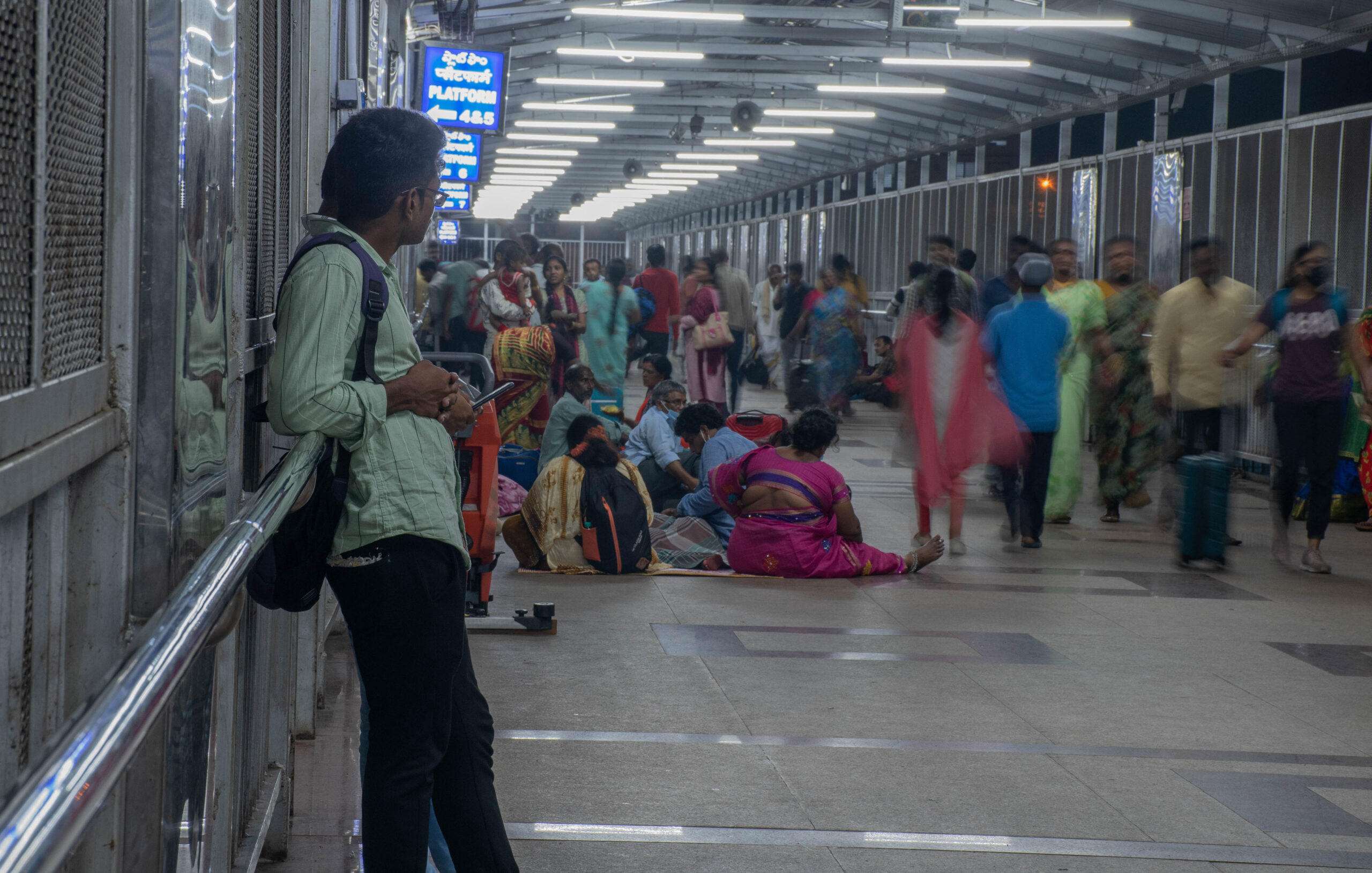 Walking into this historical landmark, my memories travel back five decades, and I still find them truer and undisturbed. I remember that infantile eagerness when I was a little boy of ten, a much-awaited ritual during summer vacations. My mother, I, and younger brother, tagged behind, would set off in a cycle rickshaw carrying a leather holdall and a metal trunk locked carefully. It was a laborious hour and a half-pedaling to arrive at the station. Our itinerary was to travel by the famous Circar express to Kakinada, our maternal hometown. No water bottles then, but I remember a copper tumbler to carry water where a glass sits inside upon which a thick metal cap screwed tight. 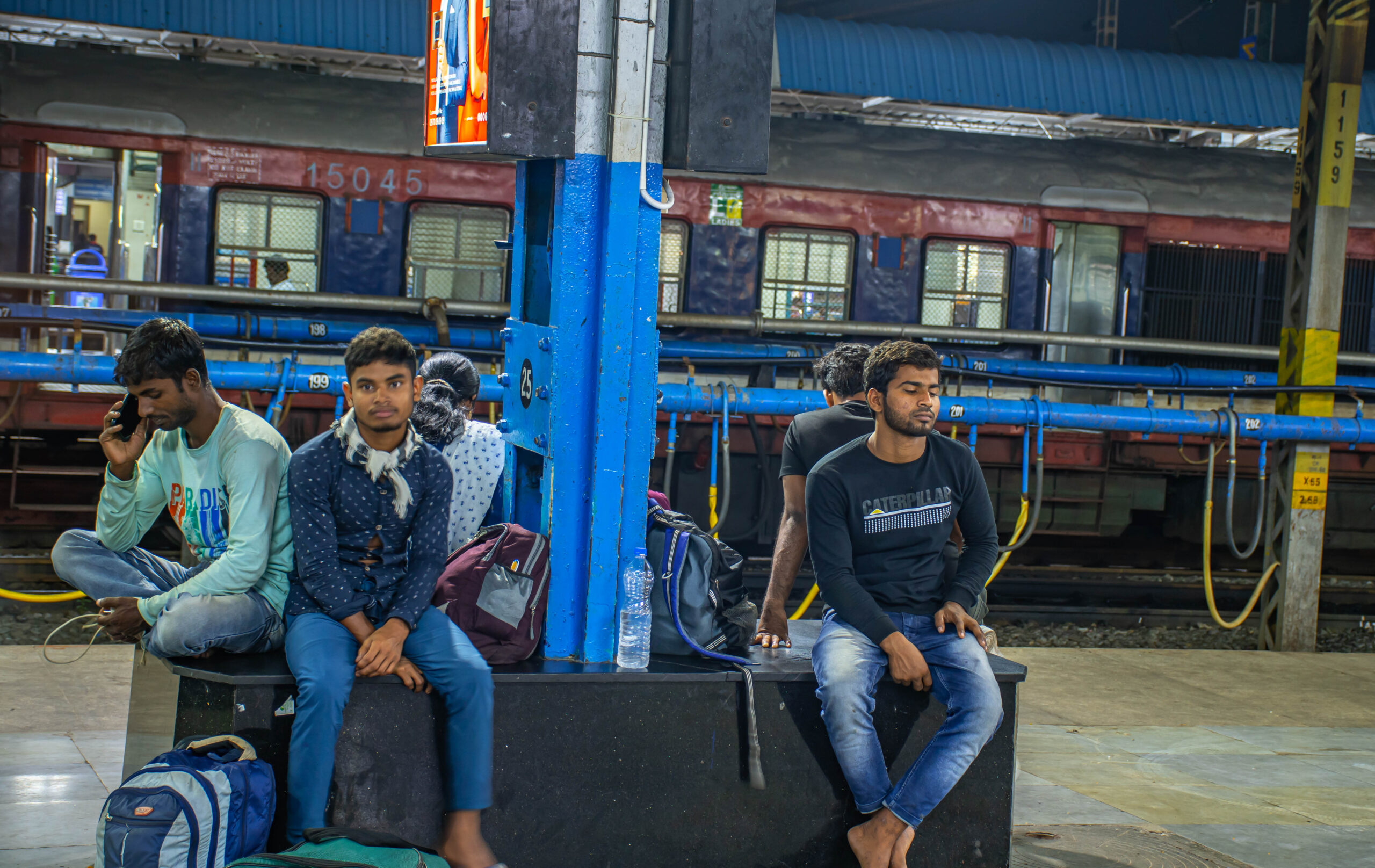 The tickets then took an odd size; a small rectangular stub, something half the size of a visiting card, brought at a meshed counter where long queues were a common sight. Sometime during our journey, the ticket collector would punch them after verifying the credentials, meaning we were legitimate travelers. I remember collecting the tickets as souvenirs and stacking them in a neat bunch back home. 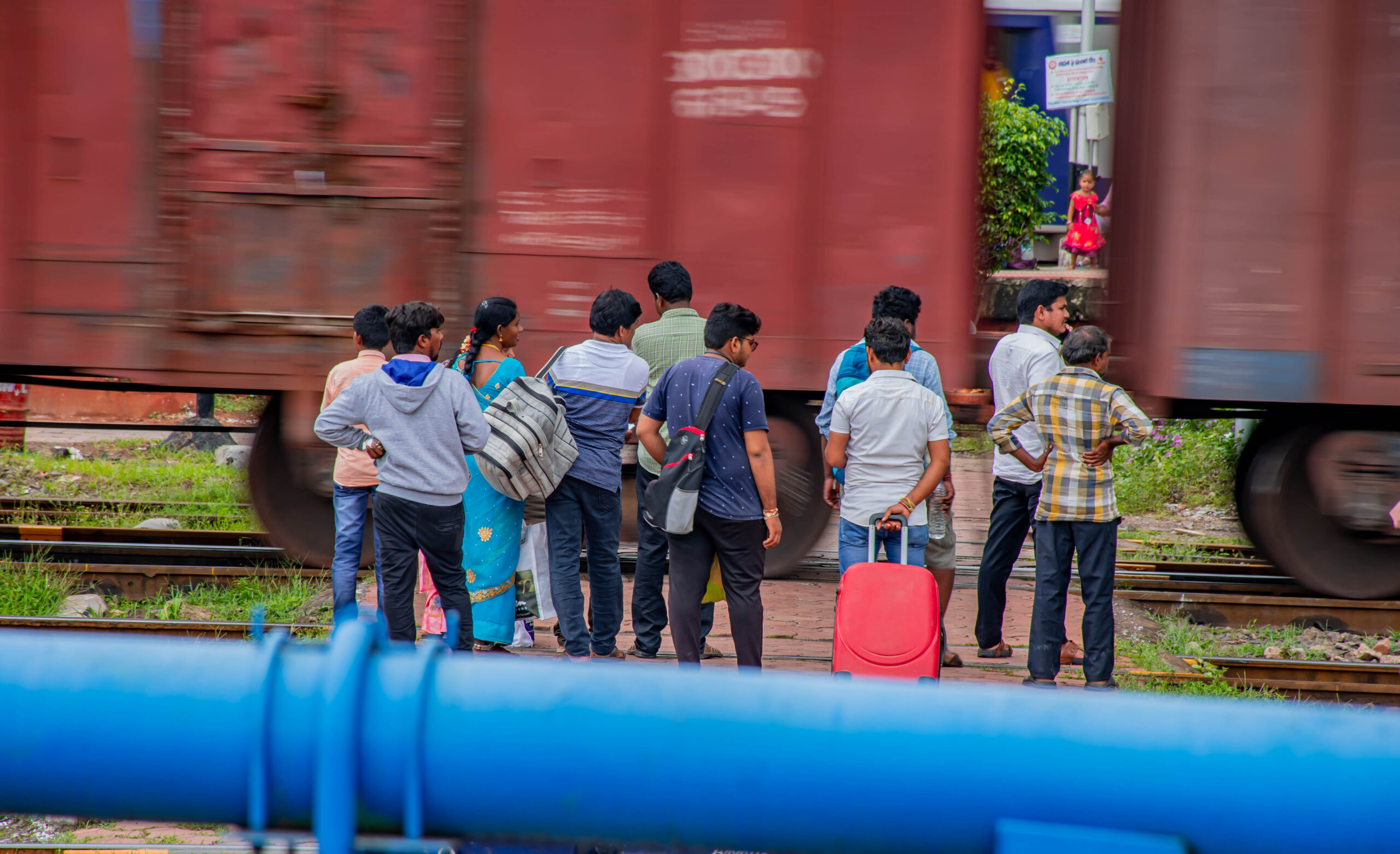 The train travel implied, back then, a magical journey for my wide-eyed innocence. I dreamt about the trip months ahead, waiting excitedly for the day I would jump into the ten-hour journey to Kakinada. Sitting on the edge of the berths, looking out of the windows, the surge of fresh air crashing on my face, I remember listening to the rhythmic pounding of the wheels, tracing the trail of the grey smoke emanating from the huge barrel-shaped sooty engine with fitful shrill whistles tearing the silence and speeding forward, peering out with naïve curiosity at the vast tracts of green pastures, fields, villages, towns, appearing and vanishing every moment and recollecting that unforgettable dance of memories seems similar to a scene cut out from a Disney child’s fantasy. 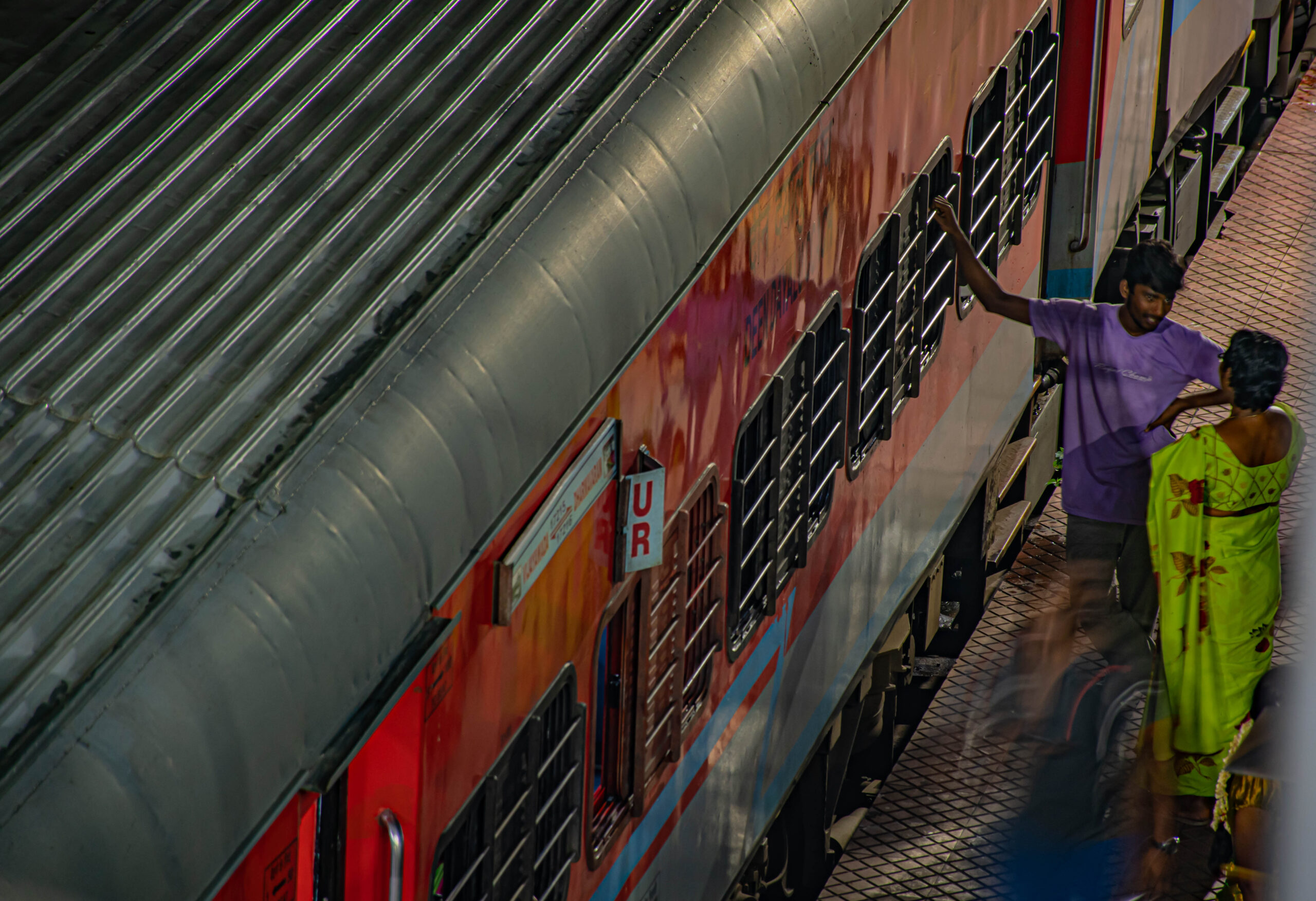 On a rainy day a fortnight back, I stepped into the station with my camera gear, with due permission from the concerned authorities. For more than a year or two, I imagined spending a day walking and mingling among the din, loudness, and hurriedness; this unmistakable specialty splashed only at railway stations. 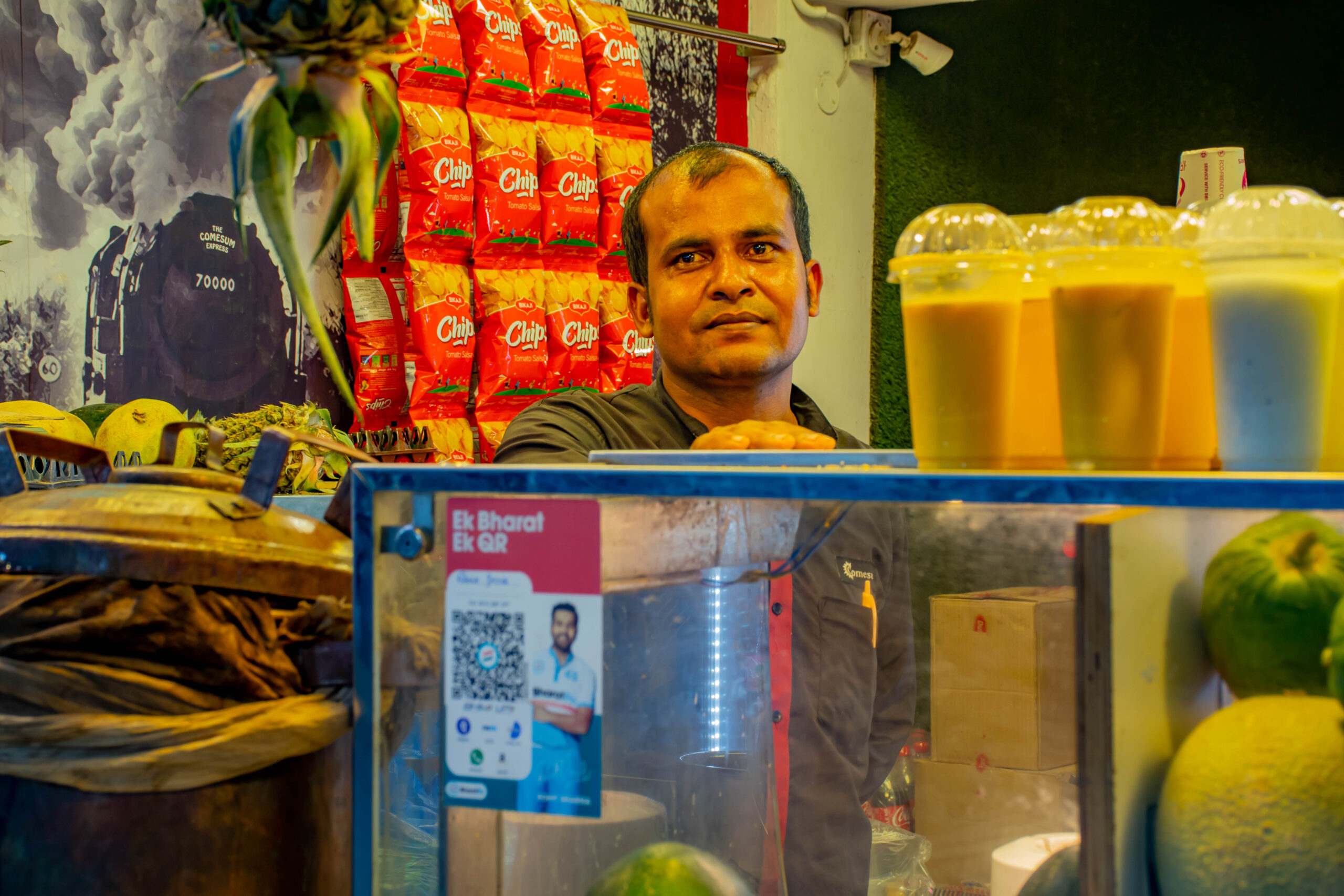 I witnessed some sights as I walked along the long, wet because of rains, and unbelievably clean platforms. That of kaleidoscopic flickers of life enacting in small gatherings, and forms under the dazzling lights, spread across mile-long platforms and a dozen of them thrown parallel that would never wink. Ever. Those hosts of families huddled together, waiting for that piercing whistle, sounding the arrival of a train. They hung on as patiently as an expectant mother would wait for childbirth and bided as if they believed this, perhaps, a brief stay in the scores of inconveniences that went before. They seem to enjoy and endure this respite and are ready to move toward a newer destination. In the meantime, my lens discovered those small gatherings, and a few loners squatted in good comfort with food packets; it’s dinnertime, and a few are in deep slumber in makeshift futons. Then I become privy to some muffled discussions among restless pairs, reprimanding the footloose kids. With no shame, I stared at a few teenagers, cuddled with expectant longing in their eyes, holding tight their affairs, wishing the silly fervor too would join the journey. Perhaps, afraid of a situation might come up that if gone far, alone, the romance may dissolve or disappear. 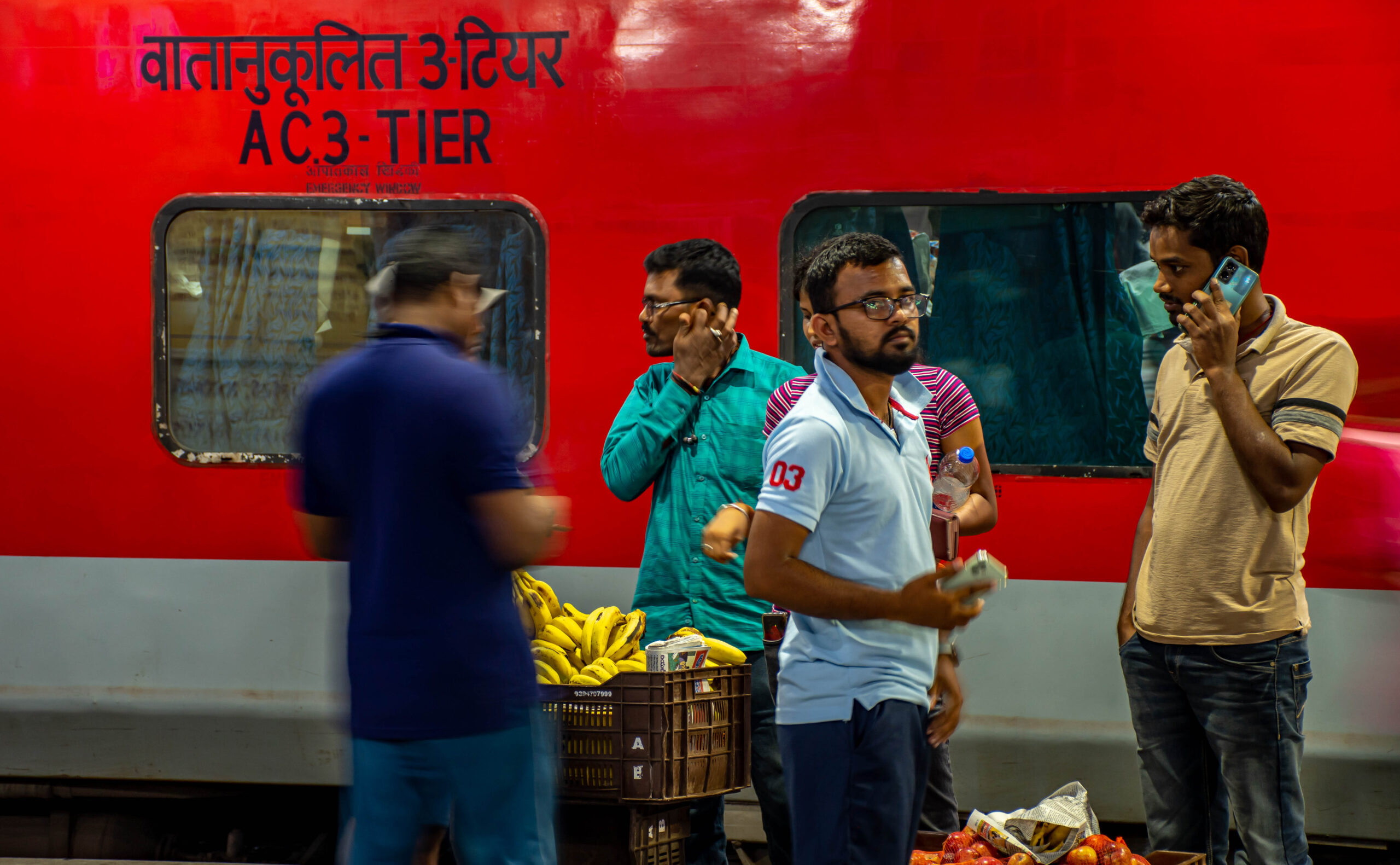 In two days, my camera lens braving heavy rains touched across many human emotions in various frames and settings, which I wish to share with you. 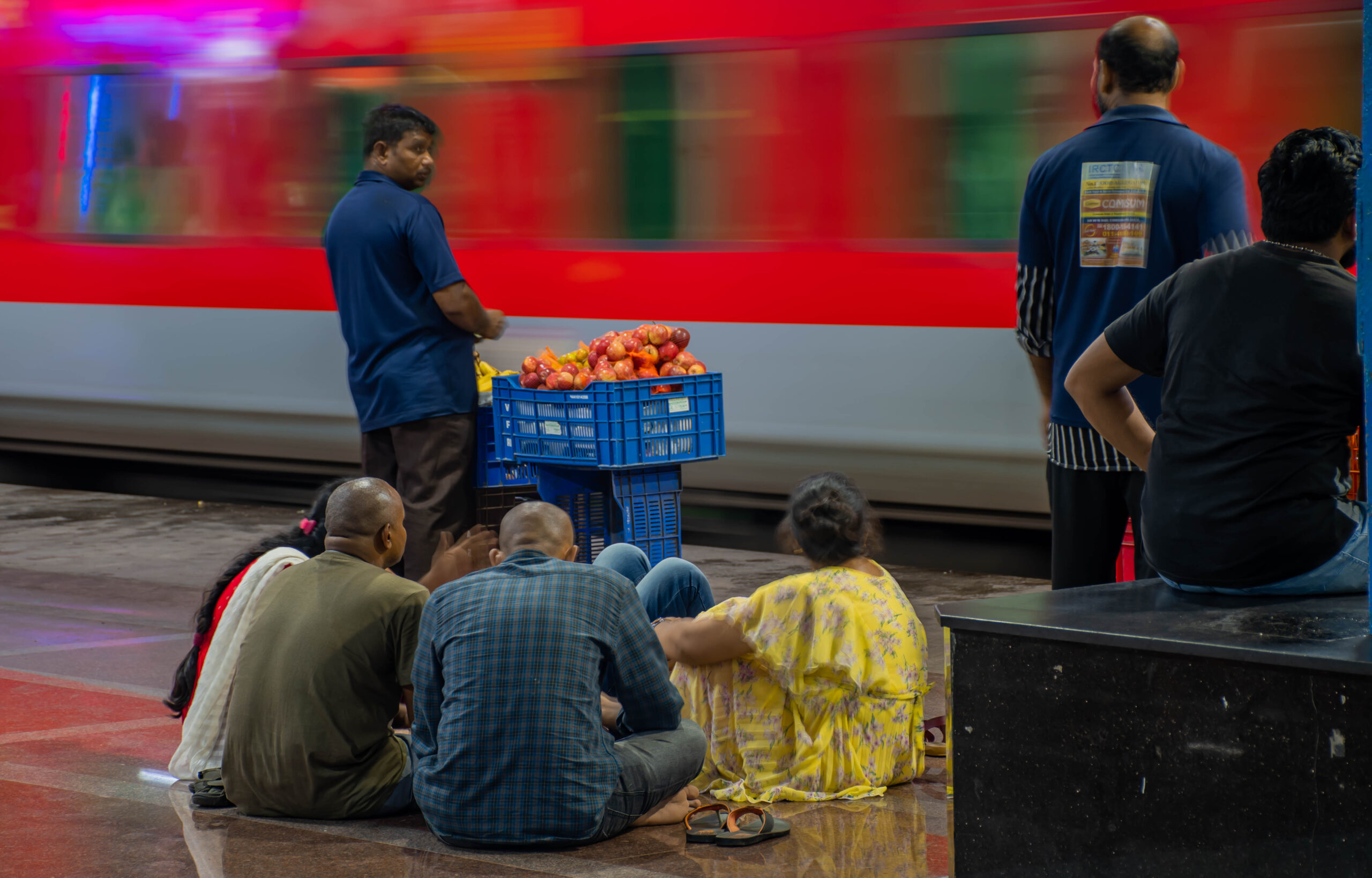 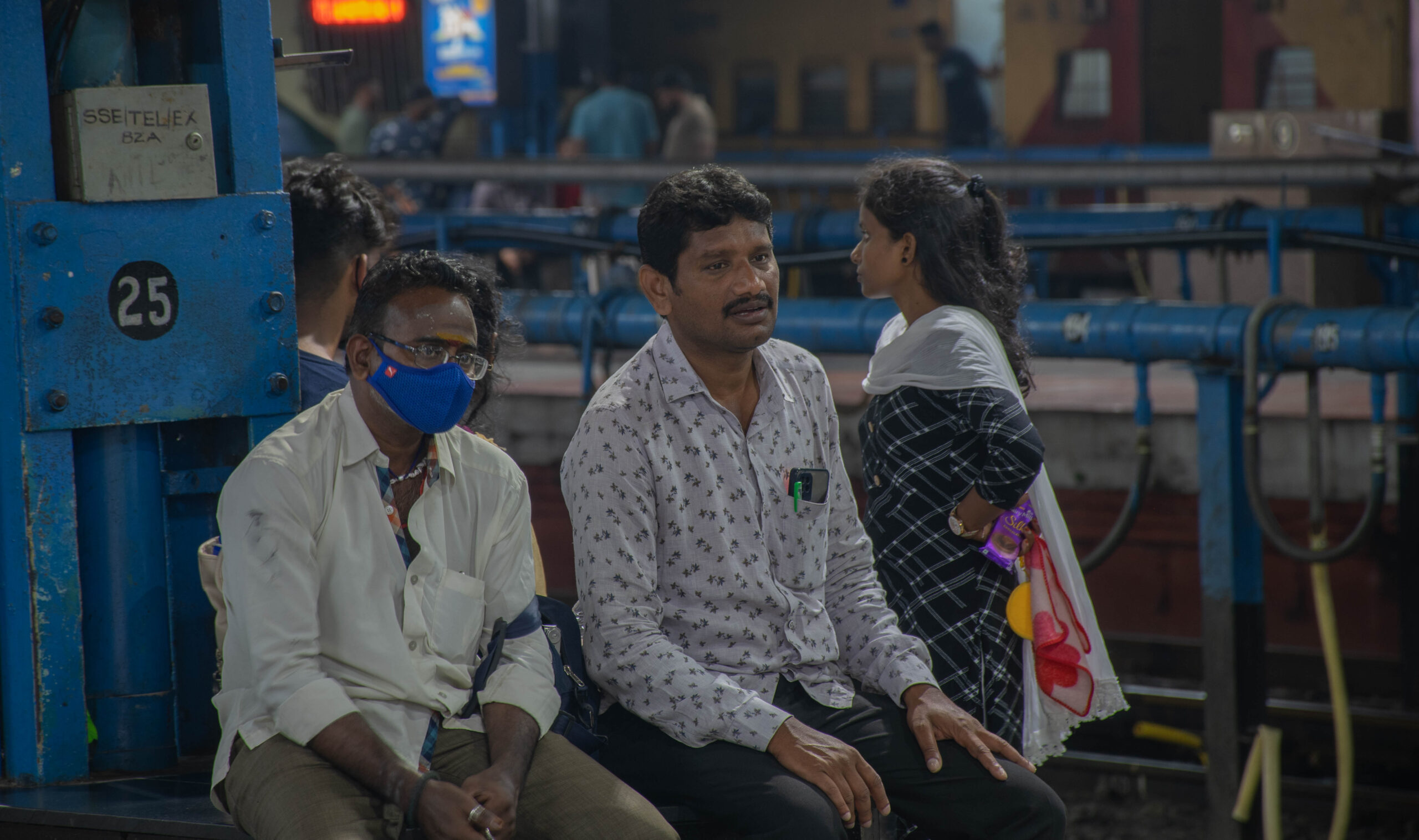 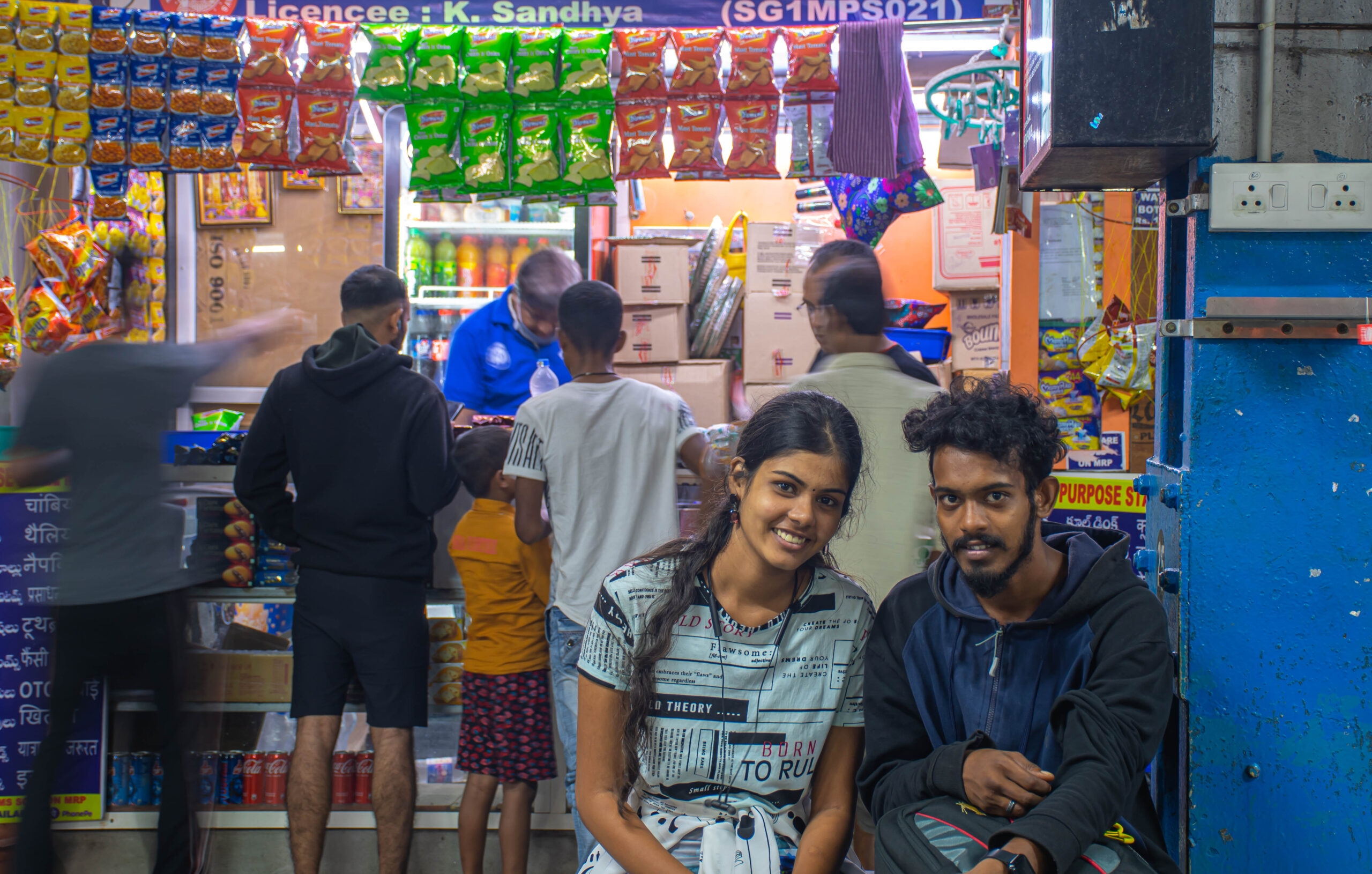